Although not technically in Dorset, this post is countryside themed so I felt it was fitting. For the weekend 18th-20th, the CLA (Country Land and Business Association) hosted the largest rural event in the world. This year, the CLA Gamefair was hosted in Blenheim Palace in Oxfordshire. The forecast was sketchy but I decided to be optimistic and donned a skirt and no tights. My boyfriend and I were travelling from London and woke up at the crack of dawn (4:30am…gah!) Things did not start well as we left the flat and it was raining cats, dogs and possibly elephants. It was a ten-minute walk to the station and I feebly tried to protect myself from the torrents of rain with my copy of The Week. We got on the train with minutes to spare and I was sopping wet, and so was the sad remains of my reading material. 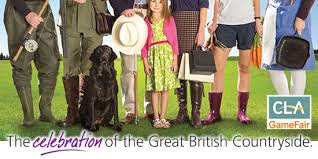 However, as we arrived at Blenheim Palace four hours later, things were looking up. It turned out to be the hottest day of the year. I may have got a little sunburnt but I couldn’t have asked for better weather. As we attended on the Friday, the show was dominated by serious country folk rather than swarms of young’uns, and this suited me just fine. We were greeted with the delectable wafts of sausages and bacon, the perfect antidote to a 4:30 rise. Things didn’t start to get going until around 9:30, so we decided to get familiar with the mapping of the show and work out what we wanted to see the most.

Our first stop was the Working Dog Ring, where we watching the English Springer Spaniel demonstration. As an owner of such a creature, I was interested to watch how well they can be trained to sit still. First came out a puppy, which was simply divine. Then the teenager, followed by the adult, and last but not least the stud. They were all brimming with joy and enthusiasm and I was impressed to see how devoted they were to their owner.

Next was my surprise for the day, the Country Catwalk. I have never taken a huge amount of notice of fashion and this was the first catwalk show I have ever attended. I was completely ensconced; by the beautiful clothes, their even more beautiful wearers and most of all by the drama and showmanship of the models. Their final walk was evening wear, and as Michael Bublé’s Feeling Good blasted onto the speakers, a lone male model dressed in a dashing tux walked to the centre of the stage and started dancing with graceful flair. I was impressed.

Before we met up with my dad for lunch, Andrew and I were most excited to see the UK’s only “Zorse”. Zula the Zorse is a half zebra, half horse who was born in the USA and somewhat mysteriously ended up in a donkey sanctuary in England. Not being a donkey, Zulu was eventually adopted by his loving owner, who brought him to the CLA gamefair to show us the difficulties of trying to domesticate him. He is a strange looking fellow, with the head of a zebra and a body of a small horse with the occasional patch of stripes. He was also clearly a character, and I am glad he has found a loving home.

Lunchtime involved a jug of pimms and an underwhelming prawn sandwich from the member’s area. The rest of the day went by in a flurry of cider, delicious snacks from the food area, and of course some retail therapy. All three of us left the show donning some snazzy sunhats. We probably walked around 10km throughout the day, and I have to admit I was relieved when we finally arrived at Oxford station and headed straight to one of the local pubs to recover. This year was one of the best ever and I hope I will be able to attend the 2015 version in Harewood House near Leeds.

It’s been two and a half months since I was in the shire (*sniffle/violins start playing a sad yet melodious tune) and how I have missed it!  Having just started a new job in the vibrant yet self-serving city of London, I have had few moments to sit down and ponder my beloved homeland. With just two weeks in Dorset, I thought my blog deserved a couple more entries before I am back in The Big Smoke.

For those of you not located in England, you may be unaware that it has been rather wet here. In fact it has been so wet and windy throughout the week that over 50,000 households are thought to have been left without electricity, and numerous homes have been flooded with water. Not very festive I must say. Dorset has been one of the worst hit counties in the UK! As we stared out of our windows on the morning of Christmas eve, the residents of Spetisbury village were greeted with the site of what initially looked like an enormous majestic lake. Just two days earlier all you could see were fields.

It’s a well known fact that English people like to complain about the weather. This time around I genuinely think we have something to complain about – at least no one ran out of conversation at the village pub this December.

Whining aside, it has been  a truly lovely Christmas. The village pub was full to the brim with jolly punters, giggling and chattering away about anything and everything (well, mostly the floods).  To be honest, the rain gives us an even better reason to hide in our homes watching terrible TV, stuffing our faces and enjoying a good old couch potato moment.

On Saturday 31 August I attended the Great Dorset Steam Fair, an event which has been held in the county since 1969. For 5 days each year, people come from far and wide to watch exhibitions of tractors, steam engines and farm machinery, as well as buying local crafts, getting drunk on cider, and for the young ones, sampling the numerous fairground rides.

Residents in the area have always had a bit of a love/hate relationship with the fair (mostly hate) due to the notable increase in crime levels during the week. This year in my village, a Landrover Defender got stolen. To anyone who owns a Landrover Defender, you will understand that this is akin to losing a beloved pet dog: very upsetting!

However, I have always been fond of the Steam Fair. As a child and a teenager, I loved the terrifying fairground rides. Now I am in my twenties, I am not ashamed to admit that I still love the terrifying rides. This year I was also keen to check out some of the old-school steam engines and particularly the cart-horses. 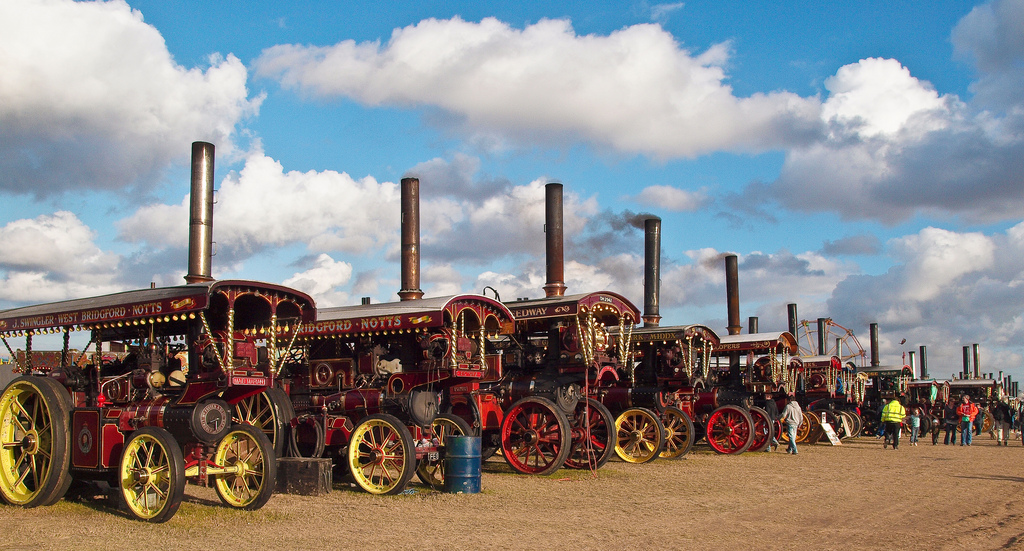 Fortunately for us the weather was glorious, and for once the fairground wasn’t too packed. We spent the first couple of hours walking around the show and taking silly pictures with the ancient disposable camera we found in my friend’s car. Watching the cart horses plough the fields was a real pleasure – they really are such magnificent creatures!

After a delicious lunch and a wander around the craft tent, it was time to head for the fairground and sample some of the rides. Although they are vastly overpriced, they are also a lot of fun. I would especially recommend some of the traditional rides and also the bucking bronco if you don’t mind looking like a moron. 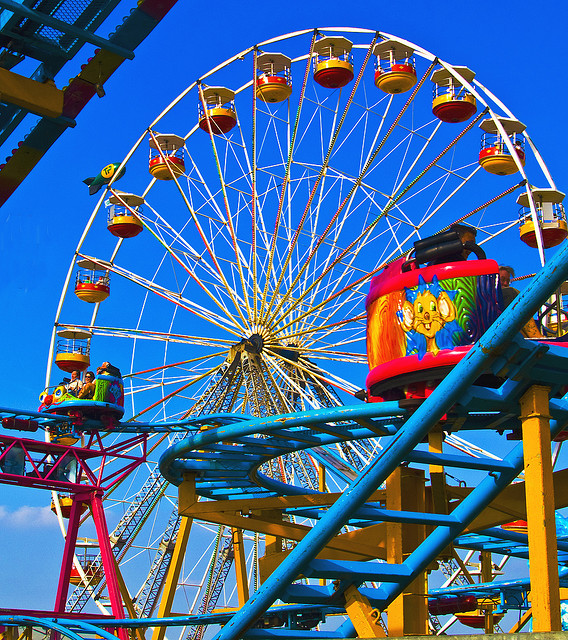 I think this may have been the best Steam Fair yet. If only it wasn’t quite so pricey – I hate to think how much it would cost for a family to visit for the day.