We arrived at Hamburg station late in the afternoon of the 23rd of July, again having forgotten to check where our hostel was actually located. Fortunately it turned out to be right next to the station, and was a seven-floor monster known as the ‘Generator Hostel’. We decided to have a relaxing night in the hostel bar in preparation for a day of tourist activities

We left the hostel the next morning in search for an internet café and ended up wandering down a rather sketchy street with its fair share of shifty-looking characters. This turned out to be the Red Light District of Hamburg, made abundantly clear by the various strip bars and gentlemen’s “massage parlours”. This was not the best introduction to Hamburg and we hoped things would improve during our tour of the city.

We decided to join the Sandeman’s free tour at midday. For anyone unfamiliar with these tours, they involve walking around various landmarks and hearing about the history of the city. The tour guides are young and enthusiastic, working on a tips-only basis and happy to provide you with all sorts of insights into the city, from the best places to eat to the cheapest ways to travel around the city (besides walking).

Our tour guide was an Irishman from Dublin who had intended on visiting Hamburg for a week, and had ended up staying for seven months (and counting). He was clearly very passionate about the history of the city and wanted us to be as gripped by Hamburg as he was. The tour is lengthy, lasting almost four hours, yet it is totally worth persevering.

Hamburg has a fascinating history yet is often overlooked. In 1842, a great fire swept through the centre of the city and destroyed many of its most precious buildings, including the magnificent city hall and the grand church St. Michaelis. The fire was started on purpose at a tobacco factory at Deichstraße. The tour guide mentioned that although this was a case of arson, it is unlikely the fire-starter intended for the whole city centre to go up in flame. The majority of architecture has been rebuilt in the last 150 years, and as a result much of the centre appears very pristine.

The other subject the tour focused on was of course the dark stain left by the Second World War. Like many other cities in Germany, there are numerous memorials to victims of the war, particularly to those who were subjected to the horrors of the Holocaust. All around the city are ‘tripping stones’, small brass plaques slightly raised from the ground engraved with the names and significant dates of Holocaust victims.

Another chilling reminder of the period of the Second World War is the Meßberghof building in central Hamburg. This imposing stone building was the site of production of the Zyklon B gas used to “humanely” murder the Jewish communities of Europe. The company that produced the gas, Degesch, claimed after the war that they had no responsibility for how the gas was used, yet this was a load of crap because the gas originally had a very distinct odour so that people could avoid coming into contact with it. The company approached the Nazis and suggested they purchase an odourless version of the gas so that it could be used for mass murder. The owners of the company were convicted as guilty of aiding and abetting and were sentenced to death. To this day a plaque remains on the building to remind us that evil will always eventually destroy itself. 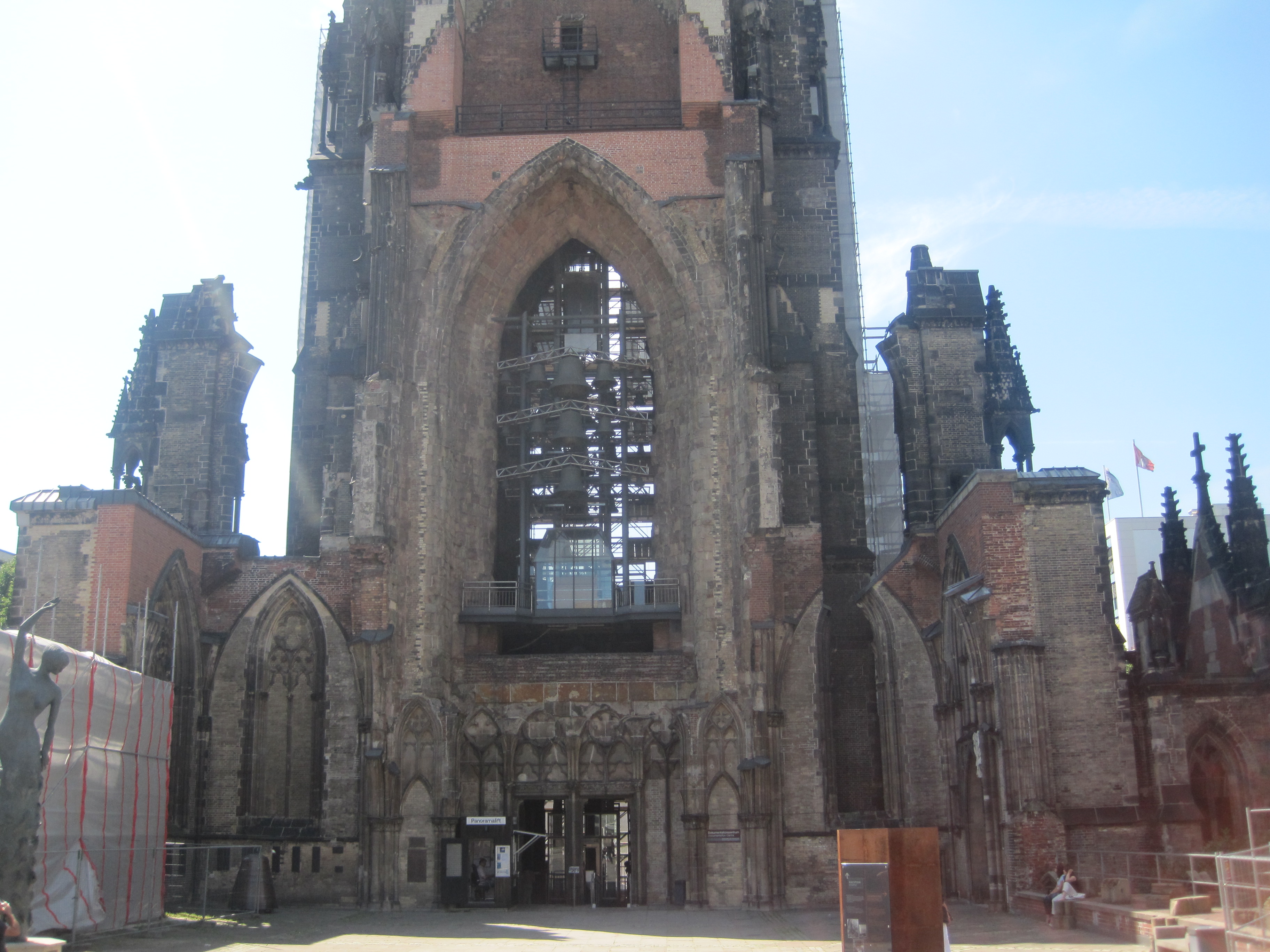 Interestingly, our tour guide also mentioned the importance of remembering that many innocent people in Germany were also victims of the terrible happenings during the war. Hamburg was bombed by Allied air raids in 1943 and almost 50,000 people died, most of whom were women and children. St. Nicholas’ Church in Hamburg remains in its destroyed state to this day, blackened and crumbling. It it is a stark reminder that history is always written by the victorious.